In 2011, we created this documentary about the history of Belmont Church focusing primarily on the last 40 years.  Once again, Belmont "looks" different as some of the faces have changed but Our Core remains the same as we seek to experience God's kingdom invade earth.

In 1911, at our location a revival tent meeting took place.

In 1915, we celebrated the official ground breaking for Belmont Church.

Now 100+ years later, in our same location, a grace filled community of broken people continues the journey to wholeness through by Jesus Christ.

These are some of the words and phrases you will hear at Belmont Church. They convey the language of our vision, the rhythm of our prayers, the hope of our hearts. They signify signposts along our path. They represent expressions of the past, present and a future aspiring toward the fullness of heaven realized in humble vessels upon a humble earth. These are but a few utterances that depict the essence of Belmont Church. They flow from the Spirit within us, finding life and meaning in the glorious name of Jesus. Surpassing all other desires and objectives, Belmont Church hungers to know, serve, and glorify Him who is the Christ, the Son of the Almighty God.

Belmont's historic roots spring from the Churches of Christ, a conservative sect of the Disciples of Christ, a denomination that had grown rapidly by the end of the nineteenth century as a result of the ministry of preacher and writer, David Lipscomb. Opposing organized missions, ecclesiastical centralization, and instrumental music, the Churches of Christ vowed to live according to the Bible as absolute authority. Not long after the turn of the century, on a gravel road that hardly could be called Music Row, the brotherhood of the Churches of Christ erected a stately chapel. The denomination established its presence among an up-and-coming industry of song that soon would bring the small southern city of Nashville international renown.

Belmont Avenue Church of Christ, as we were called at the time, weathered the external change of a burgeoning city and nation without too much internal change. It wasn't until decades later, when a spiritual renewal swept through the country in the early 1970's, that the people, the ideology, and the vision for the future of Belmont began to transform. 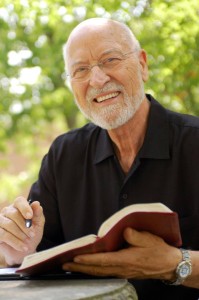 David Lipscomb University professor, Don Finto, was Belmont's pastor at the time. From his exposure at Lipscomb, a steady stream of students followed him to Belmont, bringing with them fresh energy and a hunger for a real and knowable Jesus. The church experienced a growth-explosion. The young, the poor, the seekers had found a home. Then it happened. While looking at a magazine picture of Jesus people being baptized, something stirred in Don Finto. He said to the Lord, "I want what I see on those faces." And it wasn't long before the Lord baptized Don with the Holy Spirit and filled him with a holy fire.

It was a new day for Don, for Belmont, and for the city of Nashville. Our doors opened to invite the work of the Holy Spirit. As a body, we began to emerge from our Church of Christ heritage, and with this awakening, we welcomed instrumental music and began to walk with God's people of every denomination and background. A day of refreshing had taken hold.

Thirty years later, Belmont continues to follow the Spirit's leading, passionately worshiping the Son of God. But our presence on Music Row has changed in more ways than our outward appearance. From a small chapel to a ministry complex, our campus has spread beyond the four corners to become an epicenter of worship, teaching, world and community outreach, creative arts, and equipping for wholeness, integrity, leadership, and ministry. We've transitioned to a cell-based model of ministry where homes are reclaimed as kingdom centers, neighborhoods are taken for God, and every member is a minister and ambassador of Jesus.

In the mid-nineties, Don Finto passed the baton of leadership to Associate Pastor, Stephen Mansfield. Founding The Caleb Company, a ministry extensively involved with Israel, Don works toward the fulfillment of Romans 11, while simultaneously pastoring an international consortium of pastors and church leaders. His office remains on campus and he continues to speak at Belmont. Together, Don and Stephen have modeled an inter-generational teaming that continues to permeate the ministries of Belmont.

Drawing on his insights as a historian, Stephen Mansfield built upon the foundation at Belmont, developing our Christian worldview and bringing a message of destiny with the call to fulfill both our personal and corporate God-given purposes. In 2002, after ten years of service at Belmont, Stephen transitioned from his role as Senior Pastor to pursue his other passions and interests through The Mansfield Group.

In November of 2002 our leadership was pleased to announce that one of our members,

Steve Fry (international conference speaker, recording artist, and author), would revisit his longstanding desire to return to the pastorate by assuming the role of Belmont's Senior Pastor. Steve served as Belmont’s Senior Pastor through February of 2006, during which time he often challenged us to passionately seek after God’s presence. Steve and Nancy, his wife, and their children continue to make Middle Tennessee their home. He presently serves as both President of Messenger Fellowship and Pastor of The Gate, "a group of people who are passionately seeking after the presence of God as He is moving in the church today."

Brian Wade, who served as the College/Young Adults pastor in the mid to late 1990s, returned to Belmont in 2008 as the lead pastor after having served a church in Nashville, Indiana.  Brian's passion is to experience God in fresh and powerful ways.  His own journey reflects a compassionate God who restores, lifts up and loves without limits. Brian carefully constructs each message through prayer, life experience and conviction. In 2015, Brian resigned as the Lead Pastor and has since launched Renewal Group International.

In our current season, our pulpit is filled with a diverse group of speakers/teachers. The themes are consistent while the perspectives vary, allowing us to continue to grow through diverse and challenging teaching aimed to ignite the spirit and inspire the heart.

Today, more than ever, we are humbled and deeply aware that God has been with us over the years. The people who gather for worship at Belmont belong to Him. The seven buildings in which we meet belong to Him. He has graciously called us to share the good news of His love in Jesus the Messiah "outside the walls," into our neighborhoods and communities, with missionaries around the globe, and ministries and artists who continue to impact this generation. Together, we acknowledge, "All that we have accomplished you have done for us." (Isaiah 26:12)

In the pages of this web site, you will glimpse who we are and what we do. Understand, though, that we have not yet arrived. Despite our weaknesses, we remain confident that the best is yet to unfold. Come join us. Receive and serve beside us. We are one small part of the body of Christ, celebrating our need to seek Him with our brothers and sisters throughout this city and world.